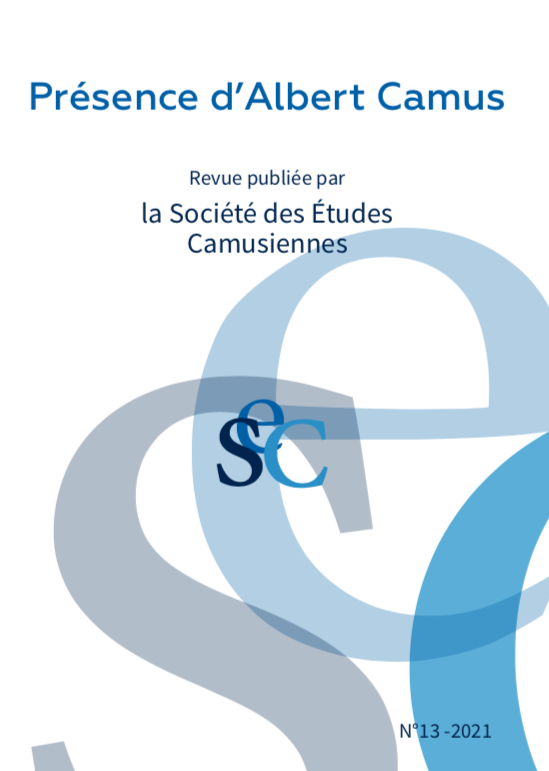 Regardless of whether or not Camus was indeed influenced in his writing by the colonial myth, the general absence of the Arab in his works is nonetheless striking.  For Edward Saïd, this perceived shortcoming can be attributed to the fact that, as a quixotic European, Camus could not fathom being separated from the Algerian landscape and thereby allowed himself to deny the Arabs in his works their legitimate, indigenous voice.  This article proposes to expose these allegedly “lost voices” in “The Adulterous Woman” (1957, Exile and the Kingdom), in particular in the context of the eve of the Algerian War (1954-1962) during which the short story was written.  In considering “The Misery of Kabylia,” Camus’s series of articles that appeared in Alger Républicain in 1939, alongside his 1957 story, we will illustrate how both texts chronicle the indigenous presence in Algeria and the precarious relationship that this population has with both the local colonial authorities and the short story’s fictional protagonists, who leave the Algerian coast to sell their wares directly to Arab merchants on the high plateaus to the South.  By scrutinizing the Other, “that mute escort” in “The Adulterous Woman,” our analysis will demonstrate how the protagonists’ professional and personal trajectories in the story reveal in situ a preoccupying indigenous presence that is in fact difficult to ignore.

La Chute does not belong to any of the three cycles conceived by Camus, but it nonetheless contains elements of each of them. This article aims to shed light on the story from the vantage point of the three themes of Camus’s creation: the absurd, revolt, and love. First, Jean-Baptiste Clamence, a renowned lawyer in Paris, appears stripped of the meaning of his existence by the painful experience of the absurd. Realizing that his existence had been based on a form of power disguised as excellence, he revolts against himself. Soon enough, however, Clamence’s revolt ends as he leaps towards embracing a new meaning: the duplicity of being. This leap not only leads him to renounce reason, but it also bars him from the very possibility of self-love, by taking him definitively into the darkest corners of his self.

François Bogliolo, « The parricide : the anti-Meursault? »

If there had been no parricide in St-Pierre-St-Paul, 32 km south-east of Algiers, on Dec. 20, 1935, discovered on Feb. 11, 1936, and judged on Dec 9-14, 1937 (an extraordinary case: a French settler and his Kabyle wife killed by their son Jacques Deschambeaux, a student), would a jury have sentenced Meursault to death in the second part of The Stranger? Thus, a news item became fiction via journalistic discourse and legalistic eloquence. The parricide makes us wonder: can we materialize absence, and why? For this character plays a special role in Camus’s novel: that of the unseen character, both present and absent at the same time. In use in classical theater since ancient times, the unseen character occupies conversations, imaginations, etc. In The Stranger, the parricide haunts the debates all the more since the absentee (known to the jurors) fills the courtroom with a crime reminiscent of humanity’s founding myths. The real parricide asked for forgiveness… Camus would say: he « played the game », and saved his head.

Although he had a profound impact on ‘Combat’, Camus’s intense collaboration was only short-lived: one year, from 23 August 1944 to 1 September 1945. His fame has lasted through the years, but not that of Ollivier who won recognition in his lifetime,during the 1940s. This article aims to analyse the topics which the two journalists covered. Initially one notes that the positions taken up by Ollivier coincide in many respects with those of Camus. By surveying them, we can bring out the editorial line of the newspaper. But it is notable also that Ollivier expresses ideas which Camus neglects or is unaware of, while conversely he does not devote much space to certain preoccupations that Camus held dear, or does not mention them at all. Finally, their stylistic choices in particular distinguish the two editorialists from each other. The study of these two specific voices of the same collective enterprise serves to explain the endurance of the more marked interest in Camus.

The article questions Camus’s relationship to oriental philosophies. In this relationship, he is led by Jean Grenier, a man imbued with Taoism, as evidenced by the correspondence between the two men. His library also attests to his interest in other facets of these philosophies, such as yoga. References to oriental philosophies abound in the Notebooks, especially in the 1930s. Camus clearly finds in them behaviors of wisdom, such as non-violence – but not answers to metaphysical questions. These Eastern philosophies in no way resolve the contradictions or aporiae of Western philosophies; but we contend in this study that Camus the Mediterranean seeks, more than a conciliation, a balance characterized by tension of universal nature between the ones and the others.

Albert Camus, in his Journaux de voyage, sketched impressions gleaned during his stay in America in the spring of 1946. Jean Cocteau wrote a Lettre aux Américains on his return from his visit to New York in early 1949. In both cases, their works reveal a certain bitterness due to the lack of common awareness between Americans and Europeans after the war. They also express, each in their own way, concerns about the state of mind of the new world. 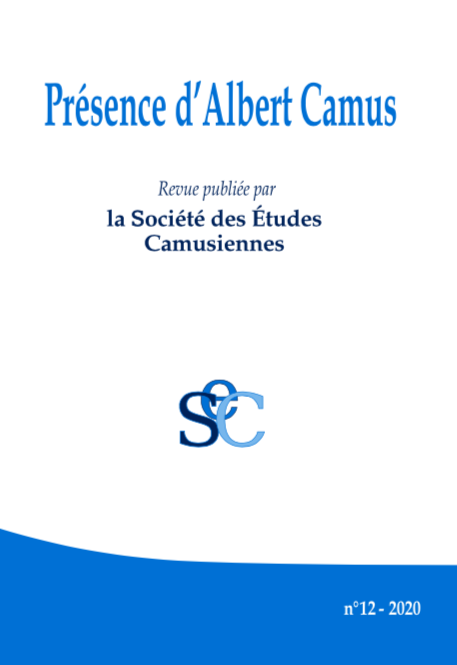 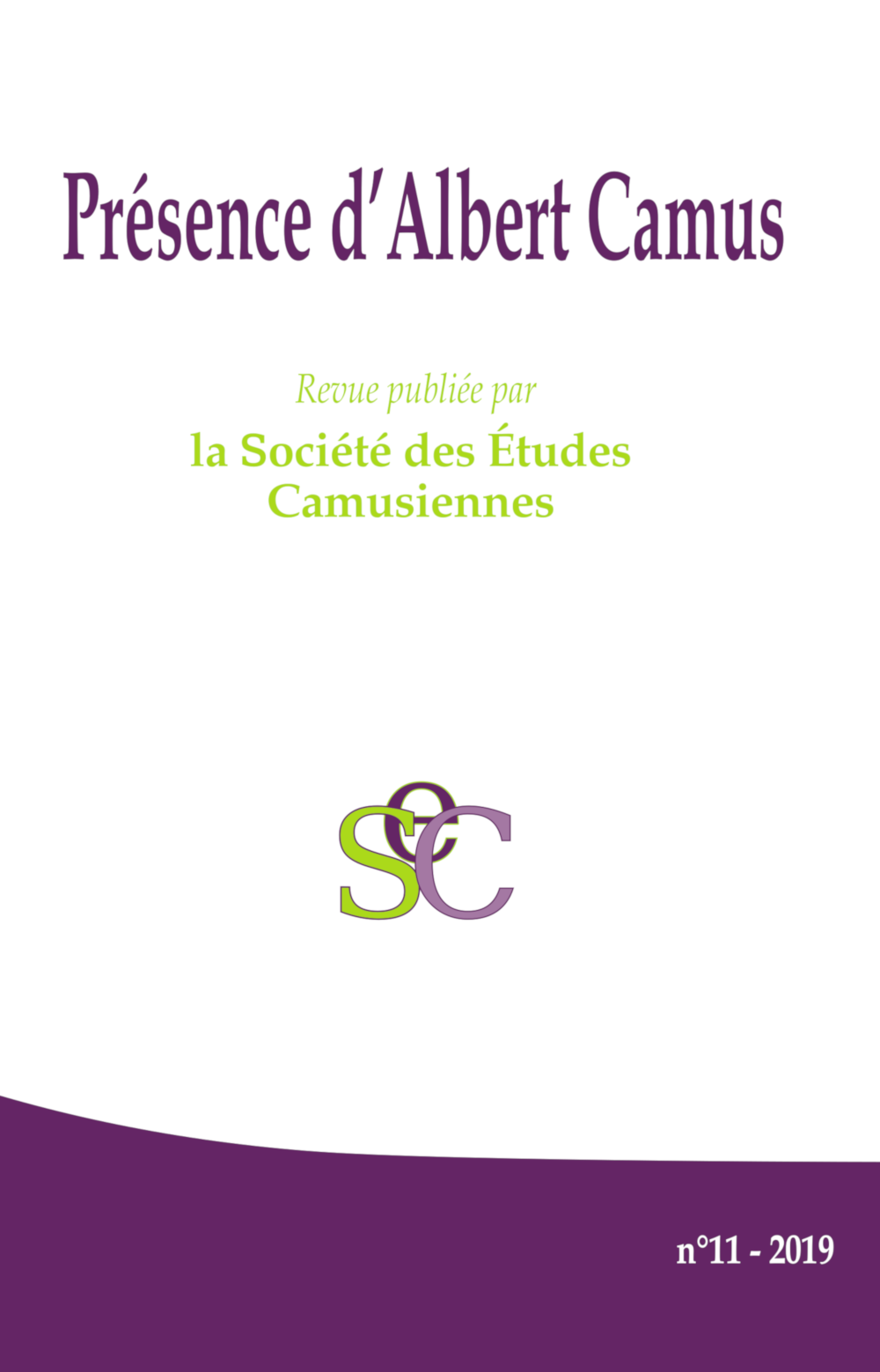 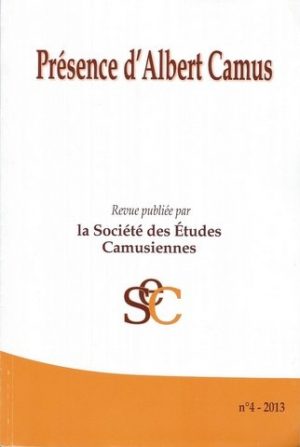 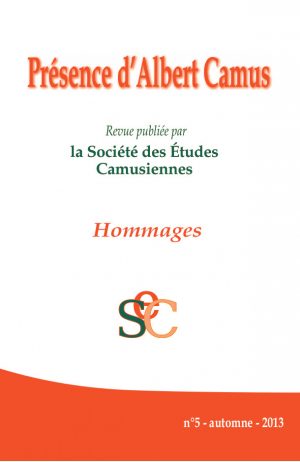 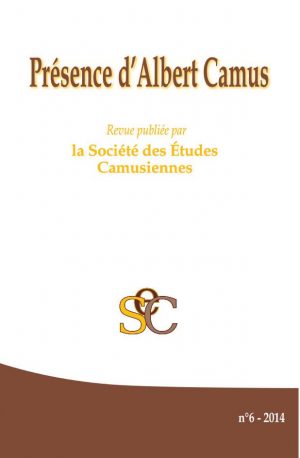 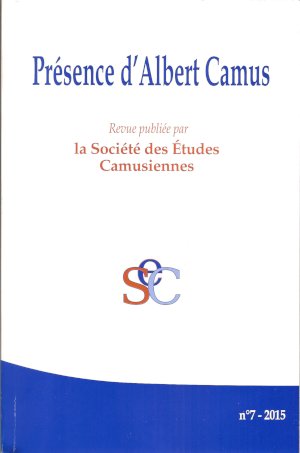 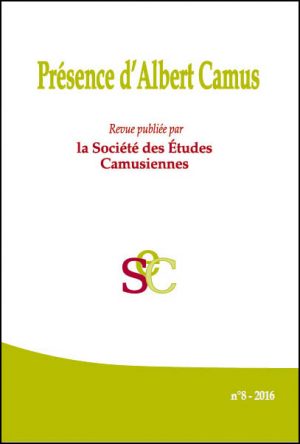 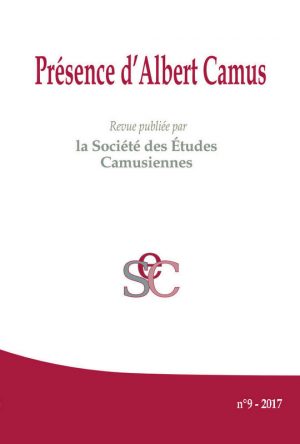